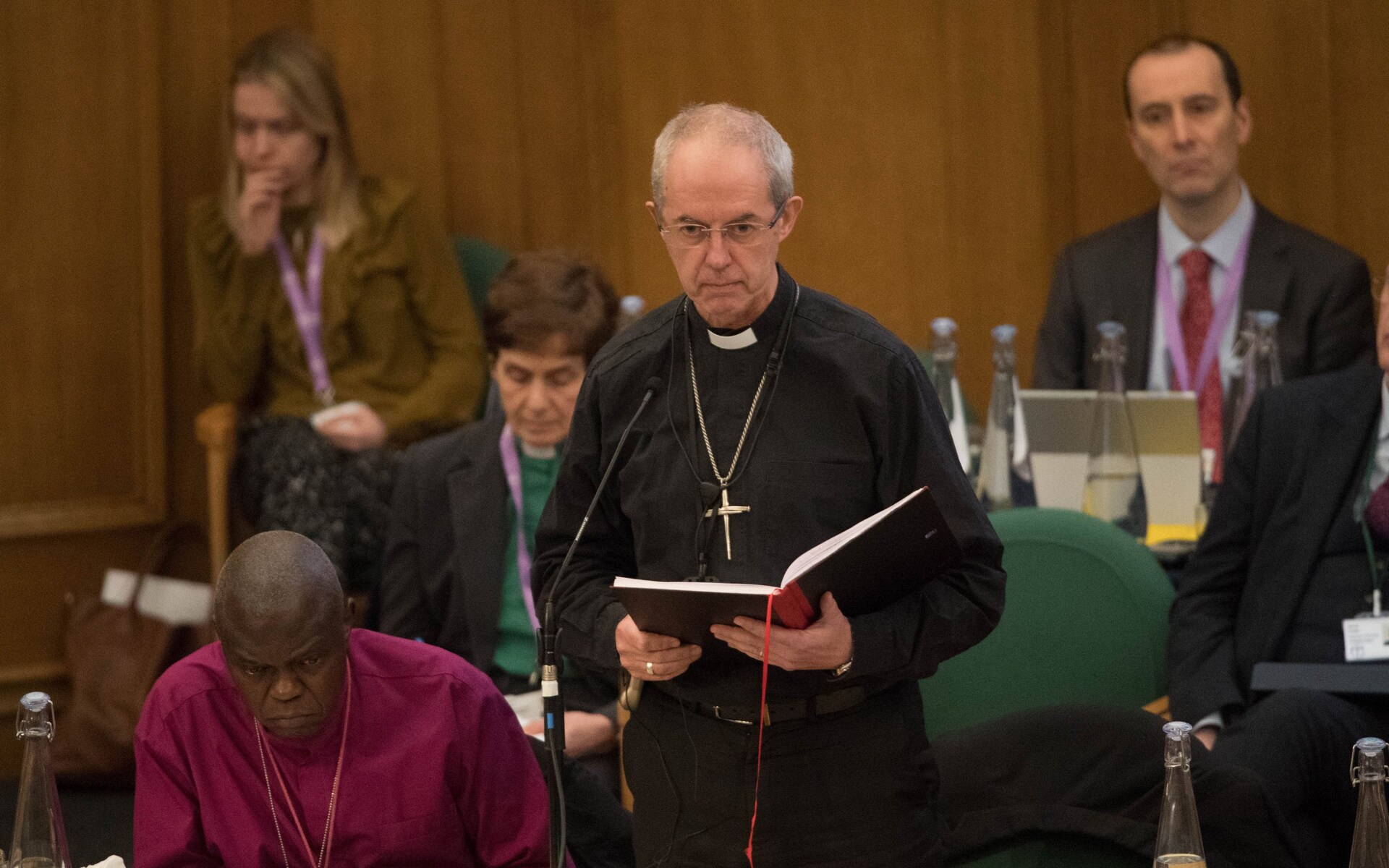 As you have heard, the Church of England is now encouraging its clergy to create baptism-style "naming" ceremonies for transgender people to welcome them into the Anglican faith by their new names and according to their chosen gender.  New pastoral guidance now advises clergy to refer to transgender people by their new name, though it is not quite a baptism it attempts to be its equivalent.

The decision approved by the House of Bishops details how elements including water and oil can be incorporated into the service to mirror what happens in baptism. The guidance notes: “For a trans person to be addressed liturgically by the minister for the first time by their chosen name may be a powerful moment in the service.”

Except that the point of the name is not to liturgically affirm the individual but to point to the fact that they now are named with a new name.  They wear the name of Christ and belong to Him.  No one comes to the font (or to some odd attempt at an equivalent ceremony) to be affirmed in the old identity but to break with it.  In the case of baptism, the old has died with Christ and the new person has arisen in Christ (Romans 6).  St. Paul is adamant.  You are not who you were.  You were bought with a price.  Glorify God in your body.  Seek not your own desires but the desire of Him who redeemed You with His blood.

Nothing is sadder than when we abuse the liturgical language of the Church to manipulate it into something it is not.  Remember when Nadia Bolz-Weber addressed the ELCA national youth gathering mirroring the baptismal questions renouncing, the devil, his works and ways, and turned them into affirmations of queerness?  It was offensive to abuse the baptismal liturgy in this way.  Now in England, the bishops are actually encouraging the use of a liturgy designed to mimic baptism in order to affirm not the new identity of the person in Christ but to give legitimacy and support to the chosen identity of the transgendered.  How long will it be before the Episcopal Church here follows this lead?  And what is left?  Is that all the Church has to say?  Be what you feel you are?

Should we take comfort in the fact that a more radical liturgical revision of the rite was prevented?  I fear that by manipulating the existing rite in service to the GLBTQ agenda more damage was done.  The rites and the liturgical language exists to call us to faithfulness to God's self-disclosure in Scripture -- the Word of the Lord that endures forever -- and not to reflect new ideas or understandings which depart from that Word.

Sadly, the CoE lost touch with Christianity quite some time ago, and has wandered into paganism. What happens there no longer reflects in any way Christian belief.

Coming soon to an ELCA congregation near you: Transgender pastors.

The Anglicans still have some catching up to do!

Are there transgender Anglican and Episcopal priests? YES! Whoops, I commented too soon!