GLBTQ and other issues impact on churches. . . 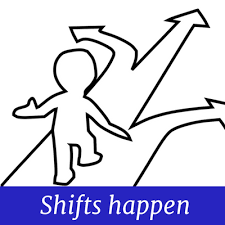 As Methodists ponder their own conflicted future over sex and gender issues, one ELCA veteran (Reverend Dave Keener) listed the fall out from their decision to abandon Biblical and Confessional teaching.  I think he is pretty well on the mark regarding the outcome of the failure of "bound conscience" and the impossibility of such disputes coexisting within one church structure.  You aread it and see if this is not an accurate description of the price the ELCA (willingly and, some might say, gladly) paid:

That's why the religious organization is referred to as the XXXA, where the "A" stands for "Apostasy."

The ELCA has failed to preach and teach the truth of God's Word.
Their decision in 2009 to ordain gay/lesbian clergy and allow gay
marriage was a rejection of God's Word. Their numerical, financial
and moral losses are to be expected. God cannot bless those who
deny the truth of Holy Scripture. Today, the leaders of the ELCA
are only re-arranging the deck chairs on the Titanic.

And remember too that the XXMX condones and encourages adultery by "marrying" divorced M's and F's and allowing them to become/remain members and commune.

Where, in its document, "Divorce and Remarriage" (CTCR, November, 1987), do you find that the LCMS "condones and encourages adultery by 'marrying' divorced M's and F's and allowing them to become/remain members and commune"?

Does the lcms "marry" persons who have divorced? The Lord gives no such permission. He says those who do "remarry" commit adultery. Those divorced who do "remarry" are committing adultery for as long as they remain in the "remarriage". The lcms condones "remarriage" and allows such to become/remain members and commune.

He appeared to be arguing from the Scriptures.

The CTCR doc answers the Pharisees' question in the affirmative, contrary to the Lord.

Regarding the point: "Theological drift because of lack of accountability," how can an LCMC congregation maintain any type of consistency once it leaves the ELCA? Why should I trust an LCMC or NALC pastor's word that their new church bodies are not alternate versions of the ELCA minus support for homosexuality?

Could the LCMS please, please, please get some Johnathan Fisk or Bryan Wolfmueller types to replace those clueless baby boomer district leaders down in Texas?

According to the Texas District Senior Fest brochure, the devotions will be given by Rev. Michael Neuman, LCMS TX District President, and the Keynote Speaker is XXXA Texas-Louisiana Gulf Coast Synod Bishop Michael Rinehart. The six workshops and presenters include:

Thus, of the six presenters (seven, if you include the Keynote Speaker), only ONE is a Missouri Synod Lutheran. The rest are members of apostate religious groups.

It's surprising how a congregation that holds such workshops with so many non-Lutheran presenters could still be listed on the Evangelical Lutheran Liturgical Congregations website.