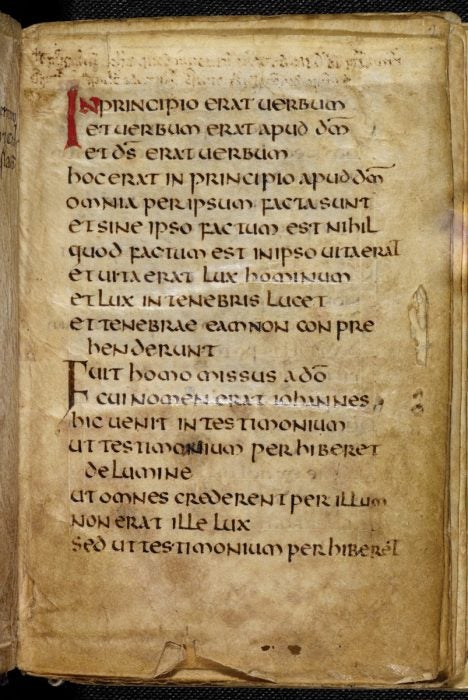 Europe’s Oldest Intact Book Was Found in a Saint’s Coffin:


The St. Cuthbert Gospel is the earliest surviving intact European book. Some time around 698, it was slipped into the coffin of a saint.


Saint Cuthbert’s fame grew following his death in 687. The hermit monk’s body, so the story goes, was found to be incorrupt over a decade after his passing in Northumbria (today’s border between England and Scotland). The miracle led to a cult around his remains. Offerings were placed at his tomb. Some time around 698, a small red book was slipped into his coffin.

This manuscript — known as the St. Cuthbert Gospel, or Stonyhurst Gospel (for Stonyhurst College where it was once held) — is the earliest surviving intact European book. It was removed from Cuthbert’s coffin in 1104, during a transfer of the saint’s remains to a new shrine in Durham Cathedral. “In an eyewitness account of the events surrounding the ceremony of Translation, which took place on Monday, August 29, 1104, [an] anonymous writer describes an investigatory opening of the coffin on the night of Thursday, August 25,” writes historian Calvin B. Kendall in The Journal of English and Germanic Philology. “After examining Cuthbert’s body for evidence of incorruption, the monks reclothed it with costly garments and restored it to the coffin, and ‘As soon as the body of the blessed Father was shut up in the coffin, they covered the coffin itself with linen cloth of a coarse texture, dipped in wax.’”

The book, however, was kept as a separate relic. Today the 1,300-year-old manuscript retains its original pages and binding. It was acquired by the British Library in 2012, and is now on view in the London institution’s Anglo-Saxon Kingdoms: Art, Word, War, that opened October 19th. 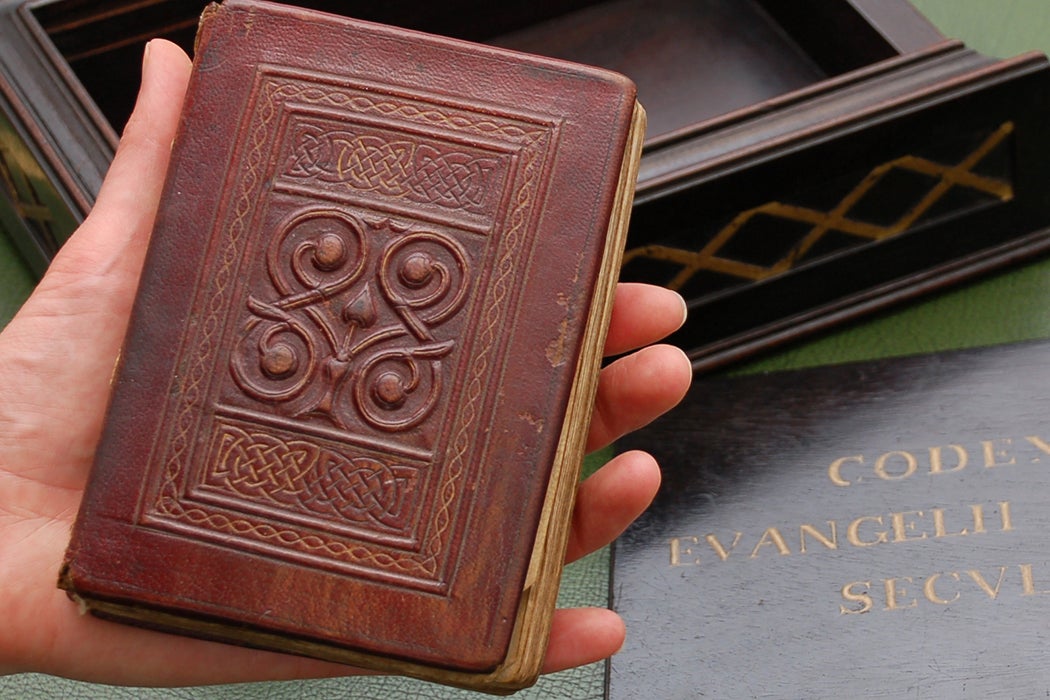 “Its excellent state of preservation can be traced at the outset to the significance it held — a carefully prepared gospel text, which was transferred with the relics of St. Cuthbert to Durham in 1104,” writes scholar Robert D. Stevick in Artibus et Historiae. Because of this remarkable condition, it’s an important example of Insular art, which was created on the British Isles and Ireland between 600 and 900 CE. “There is interlace pattern in two panels on the front cover, step-pattern implying two crosses on the lower cover, a prominent double vine scroll at the center of the front cover—elements of this early art that have been well catalogued for their individual features as well as for their affinities to similar decorative elements in other artifacts,” notes Stevick.

It puts some perspective on this thing called time, God's greatest gift that became the curse of death when man chose himself over God.  Seventy or eighty years, says the Psalmist, and sometimes, if life is very full and there are many accomplishments to show for it all, we might say it is enough.  But thanks be to God that our Creator refuses to say that is enough.  He has become our Redeemer, sending His Son from the eternal day into one day, in the womb of the Virgin, born in a stable, laid in a manger, to live, yes, but to to die and to rise to reclaim time for us.  More than simply reclaiming the first state of Eden, God has given us a new Eden with a new heavens, a new earth, and a new and glorious body to wear.  This is what we come to remember, to learn, and to proclaim on the eve of a New Year.
Posted by Pastor Peters at 6:00 AM