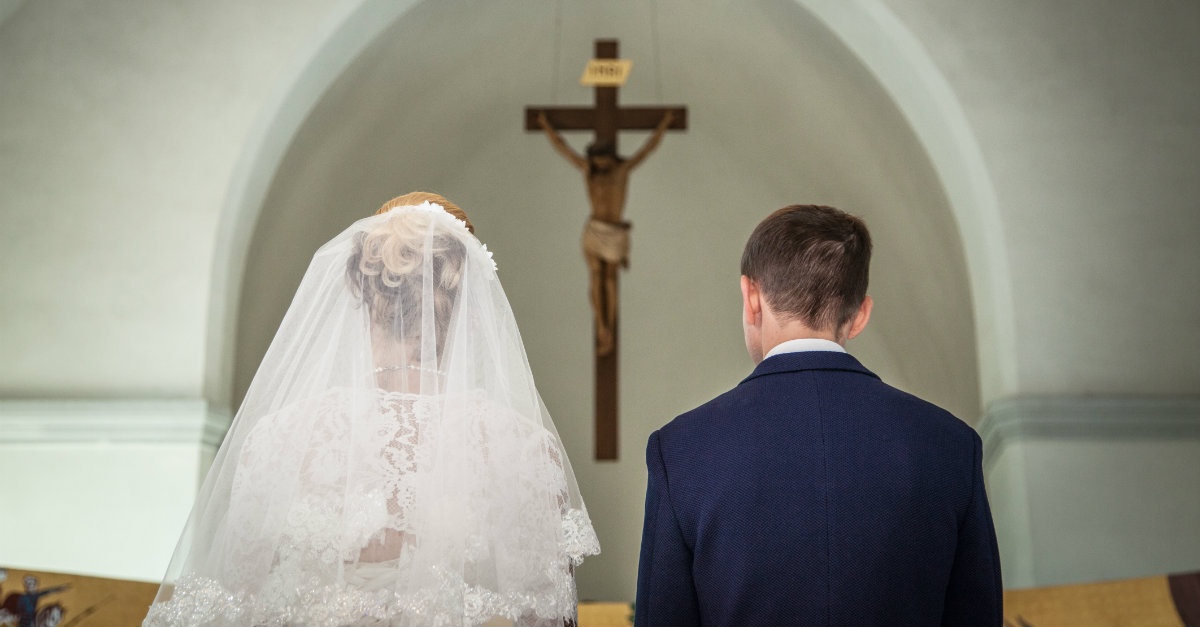 The press upon us is so very great to accept homosexuality, indeed the whole pantheon of GLBTQ variations, same sex marriage, serial marriage, cohabitation, and everything else promoted in the name of sexual freedom.  What are we to do?  What choices do we have?  Are we limited to a wholesale caving into the secular forces of change in replacing what was once unchallenged (though broken by sinful desire and practice) or the affirmation of traditional values which refuse to accept any of this at all and distances the Church even more from the world around her?

I should say that I wish this were theory but it is not.  We have no luxury of debate about the what ifs of a world that might be.  For the world has already changed and not simply outside the Church in the wilderness of a world without the Light of Christ but even among those who sit in the pews.  What we face is a broken ideal both in the witness held up to a world by those who affirm the Creator's wisdom and His intent and in the reality of the world of the redeemed inside the community of faith.

The teaching has not and it cannot change.  Doctrine does not evolve and certainly not to fit the direction of the world.  All sexual activity lies within the realm of the marriage of one man and one woman.  Outside of this marriage, the only option is chastity for all, no matter their attraction, age, want, or need.  But of course that does not fig within the modern mentality -- particular not within the mentality of right and demand that pervades our world today.

Marriage is no idealized relationship.  What once was within Eden's safe and blessed borders is no longer.  Now marriage must be lived out within the framework of sinful desire, brokenness, and its accompanying disappointment.  Marriage is not rescued by the noble intention of those who marry nor is it redeemed by the ability of the broken to live at peace within its order.  It is rescued by the grace of forgiveness and by the God whose love is shown primarily in His mercy, the mercy of the Son who redeems His bride from the shame of her wanton pursuit of others with the blood that makes her holy, blessed, and whole again.  It is this forgiving love that gives to husband and wife the means to repair what they daily break in vows of faithfulness and love to each other.

Marriage is both gift and responsibility and, dare I say it, burden.  It is framed within an honest perception of human weakness more so than romantic perception of wonderful future, gift, and blessing.  This is what St. Paul means when he says it is better to marry than to burn.  Yet it is also much more.  St. Paul would also insist that as much as husbands are called to love their wives and wives to honor their husband's love, this is about Christ and the Church.  His love story toward His bride was written not in romance but in sacrifice and blood, of the great cost of loving her and washing her, and presenting her to the Father as His beloved, holy and blameless by the power of that blood to cleanse and redeem.  In awe of just this love, the Church surrounds those who desire to marry within the Church, to invoke God's presence upon their promises, and to accompany this with the prayers of their family and friends.

Yet perhaps the most troubling invention of modern times has been the way we frame marriage issues -- rights over privileges, justice over sacrifice, reward over service.  If marriage has become a working relationship since the Fall, marriage requires labor beyond our capacity if part of its duty is to make a spouse happy, to make the marital life easy, and to fulfill all written and unwritten expectations of it.  Certainly marriage is under threat by those who complain that it is not fair others cannot marry (or cannot marry within the Church) who they want -- whoever that might be.  But it is at least equally under threat by those who treat marriage as a revolving door and by the demand to find happiness as often as the people can while discarding spouse and marriage is if it were merely a piece of paper.

It is less a matter than recovering something than to contend for marriage in a world and at a time when the challenges are certainly different from other times and perhaps even more threatening.  Even the word marriage connotes certain things -- who is married, why they marry, and how this marriage is lived out.  There is historical and cultural baggage as well as religious but it remains to be seen whether this is baggage too burdensome to carry or simply inconvenient for the times.  The Church is there to say some of this baggage is salutary even if it is difficult, a decidedly unpopular view.  We cannot afford to pick a moment in time as our pristine history to recapture but to continue to characterize marriage according to God's Word and to equip those who seek this marriage with the richest of God's gifts -- forgiveness -- and to remind everyone it is not solely about the people but about Christ and His Church.
Posted by Pastor Peters at 6:00 AM

A big log in the eye of confessional Lutherans... Divorce is only permitted for adultery. Remarriage for divorced people no matter the reason is always a sin and remains a sin as long as the couple remains together. It is adultery. It is never not adultery. Lutheran pastors who marry any one who is divorced is complicit in their sin. Any Lutheran pastor who admits a remarried member to communion is condoning adultery. Confessional pastors obey the scriptures not the zeitgeist!

Mr. Brag,
That possible solution is constantly offered and has never been legislated. It isn't a solution.
And even if 2nd, 3rd,... "marriages" are performed they are not marriages. They are adulterous relationships from beginning to end.
The LGBTxyz communities makes an easy target for Pr. Peters while ignoring the mess and sanctioned immorality in his own church.