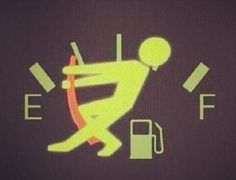 To those of us who struggle with the ever changing face of modern life, further and further from the Biblical shape of life, the hope is to turn the tide and make some headway in our rush to a secular world in which all truth is surrendered to feeling and preference and desire.  We too often think of this in terms of a war in which battles will be won or lost but the final victory will be ours -- a victory not of heaven but of earthly triumph against the enemies of Christ.  We see the emptiness within heart and soul of modernity and presume that it should eventually die under the weight of its own paucity of truth, morality, and virtue.  But the process of secularization will not run out of gas nor will it ever give up. It will burn like a quenching fire through every nation and transform every culture, stripping away our common life and our common hope in Christ until it leaves nothing of the faith present. The Church only hastens this mad pursuit of death by accommodating this culture and surrendering itself to the comparative morality in which nothing is sin and forgiveness means accepting yourself for who you are.  In Rome the sex abuse scandals have done even worse damage than the tragic abuse of the children and teens by giving up every moral high ground and admitting their hypocrisy of words that have no action behind them.  In Wittenberg the two kingdoms has been distorted into the belief that that a wall exists with the Church concerned with salvation but not so much with the holiness of the lives of God's people or the raising up of virtue before a fallen world.  Too many have muddied the waters by hoping that political leaders and parties can be used to do what the Church alone is established to do -- the witness of the Gospel and its fruit in the faith and faithful lives of those who hear and believe.

The Church was sent to the world with hope.  This hope is not some fragile dream of a better life, of freedom to pursue desire, of the liberty to define self and truth for the moment, or to make peace with death.  This hope is transforming because it does none of these.  This hope is of the redemption of soul and body, the whole person, created anew in Christ Jesus in the waters of baptism where the people of God are joined to Christ's death and His resurrection.  The fruits of this life are not some self-centered righteousness but the righteousness of Christ, once alien and strange but daily and richly by the work of the Spirit at work in the baptized that they may become who baptism has made them to be.  This hope is not to some weak and vague spiritual existence but to the solid promise of the resurrection of the body like unto Christ's own glorious body and not some floating future in the clouds but a new heavens and a new earth.  The Church has the moral high ground not because we have proven ourselves worthy but because we continue to wear Christ's righteousness as the ill-fitting clothing of a people whose old Adam still tempts, tries, and troubles this new life but who are growing into this clothing ever more each day (though seen clearly only by God) until death becomes the door to the finish of His new creation in us.  When we surrender this righteousness of Christ to the press of culture and the legitimization of self-interest and desire and call this the Gospel, we stand with empty hands before the world, nothing to offer but pious platitudes that few pay much attention to anymore.

The history of the Church is one of heights and depths, of corruption and reform, of sin and repentance.  Within this often ugly history, the only thing that continues is Christ and Him crucified and risen.  Renewal has come only through the return of His Word to the front and center of our life together and the piety flowing from and back to the altar where we kneel to adore and rejoice to receive the very flesh of Christ in bread and His precious blood in wine.  The liturgy and preaching have always been these forces for renewal and the rescue of a lost Church has always come from the repair of belief separated from praise.  Lex orandi lex credendi is not a slogan but admission that there is no confession apart from worship and there is no worship that is not confession.  And when the preaching and liturgy of the Church are there to reclaim us, there is hope — not only for those within the Body of Christ but for a world which has lost all its hope. The task of winning the hearts of people young and old is not a program or a methodology but the confident proclamation of the living voice of that Word that endures forever and the liturgy in which we say back to God, pray back to God, the very Word He has spoken to us.  Liturgical renewal and the renewal of preaching and teaching are not options but the only essential path for the Church to fulfill her calling and for the work of the Kingdom to continue while a world is at odds with Christ and the people of God.  If that means we must give up kingdom building and the goal of dominance, then let us joyfully abandon such political dreams and pursue the real mission of the Church in faithful preaching, teaching, liturgy and the works of mercy that flow from these as the rich fruits of the Spirit among us.  If this means that reality will leave us with a smaller, more zealous, and hopefully purer Church, then let us leave the wisdom to the Lord and stop confounding and confusing the mission of the Kingdom with the gathering of statistics.

Finally, as we approach the end of one calendar year and the beginning of another, let us not put our hopes in evil that will run its course but in the Gospel of Jesus Christ the Son of God.  Let us not surrender our hope for some pragmatic view of accommodation but stand on Christ the solid ground.  Let us relentlessly pursue the faithful preaching and teaching of the doctrine of the Scriptures attested to within the catholic tradition and just as relentlessly pursue the compassion of Christ for those broken by sin, guilt, and death.  Let us give up being company men attempting to preserve an earthly tent and proclaim the heavenly temple in which there is real and honest hope by the resurrection of Christ and His pledge that we too shall rise.  The final chapter has already been written even if we do not see it with mortal eyes.  We behold it with the eyes of faith and the victory we long for here on earth against all enemies of Christ and His Church is already accomplished but not yet fulfilled in us.  May He who began this good work within us bring it to completion on the day of Christ.  This is our urgent prayer and our confident hope.