Before you tear down the fence. . . 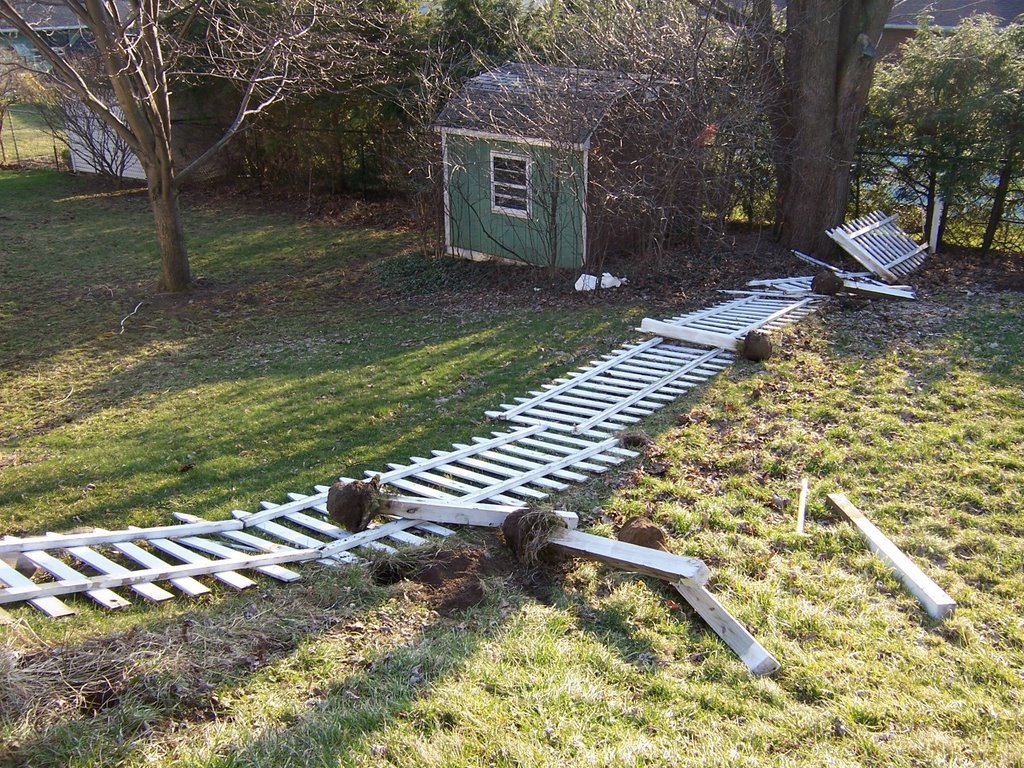 
In the matter of reforming things, as distinct from deforming them, there is one plain and simple principle; a principle which will probably be called a paradox. There exists in such a case a certain institution or law; let us say, for the sake of simplicity, a fence or gate erected across a road. The more modern type of reformer goes gaily up to it and says, “I don’t see the use of this; let us clear it away.” To which the more intelligent type of reformer will do well to answer: “If you don’t see the use of it, I certainly won’t let you clear it away. Go away and think. Then, when you can come back and tell me that you do see the use of it, I may allow you to destroy it. (1929, The Thing, in the chapter “The Drift from Domesticity”)

I wish we paid more attention to this wisdom.  Americans in particular are prone to tear down and build new.  Perhaps it is the fruit of a frontier life of building where nothing had been -- in contrast to Europe where everything that was open in America had long been closed and all that was new had become old.  In my home town they will soon tear down the 1913 school building where I went to school and my father before him.  It has become expensive to maintain and was built at a time when education was lecture, when study halls were the norm, and when steps were not a problem in schools.  In its place will come media rooms to connect this rural school with other schools all over the state and with vo-ag classrooms where once English literature was the subject and teachers puffed away in the faculty lounge.

We have a done a pretty good job of tearing down things we don't think we have a use for and our cities show it.  Their past lies in pictures because the reality has long ago given way to something else (and probably replaced again a time or two).  We are quickly running willy-nilly through our past tearing down old monuments we find offensive, redefining marriage and family, setting gender free from anatomy, banishing religion from the public square, making the constitution live by finding things in it that the founders did not put there, and so on. . .  It is no wonder that our people are suffering PTSD and depression at shocking rates.  We find the past torn down and a new one built that few of us recognize -- except to see that it looks an awful lot like our prejudices and preferences today.  It is happening so fast and furious that we consider too little why and what before imploding and discarding it all.  Our lives are beginning to look like the sanitized glass and steel skyscrapers of the modern city.  So we retreat into our feelings because the world around us is too harsh to live in and we exchange facts for self-affirmation in the hopes of finding peace. The promise of technology is being squandered on uses that degrade our humanity and pander to a childish quest for happiness that is never found because of our fickle view of what that happiness is.  We now live isolated lives in which social media is the substitute for real friendship and shouting at one another while pressing the send or post button has come to be conversation.

Maybe I am old or too married to books about that past or too rooted in the God who entered history or just a contrarian.  But, and you knew it was coming, if this is progress I am not at all sure I can bear much more of it.  I wish we had kept up a few of those fences a little longer before simply mowing down the landscape until emptiness was the only thing left.  Luther was maddeningly prone to the overstatement and yet his practice was conservative.  For all his writings, the mass was not noticeably changed in form and words -- at least on the part of the people.  He refused to start over but strove to restore, reclaim, renew, and reform what had been lost.  While I agree with him that the time had come and the Church could not go on as it had, I am ever so grateful that his bark was worse than his bite and he retained more than he discarded.  He has a pastoral heart for a people then facing their own terror at the fences being torn down.  Now it is up to his heirs to hear and heed his own example -- no matter how loud and shocking our words.  We live in a time when people cannot bear much more change whether it comes from within the household of the faith or from the world around them.  The answer lies not in a momentary breather but in real respite and peace in the arms of Him whom who became flesh to rescue us -- not in the least from our penchant to destroy the things around us and end up wounding ourselves even to death.

The Church has both a grave duty and a blessed opportunity at this juncture.  We dare not squander the opportunity and become one more institution that has sold its past in a vain pursuit of relevance.  We dare not betray the past that has meaning and purpose in Christ and the future it points to for all who live in Christ and die in Him.  We dare not lose the legacy of God's mighty work in and through those who went before us or we will surely have less to pass on to those yet to come.  For the Gospel offers to the world what the world has so willingly surrendered to others -- hope.  Only He who died can offer hope to a people marked with and for death.  Only He who rose again can offer a future to a people who have chosen to forget their past and live only in the brief glimpse of a moment.  Only He whose Word endures forever can offer an anchor for a people spinning dizzily out of control in their love of those very things that will destroy us.  He is our refuge and He is also our hope but He is as well our gift to those not yet in His grasp of grace.