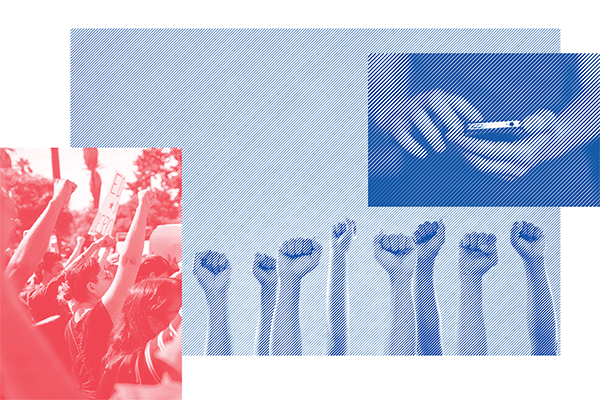 Rabbi Lord Jonathan Sacks, a contemporary of my age group, was little known to me but well regarded, influential, and well known in England.  Those who mourned his passing point to the esteem he was shown as an intellectual, a sage, and an orthodox voice in an increasingly secular society.  One noted that Sacks oft said that “Judaism is a protest against the world that is, in the name of the world that ought to be.”  I understand that.  Judaism is a protest against what the world has become -- individualized, focused on self-interest, unwelcoming, isolated, and unable to bridge divides.  Judaism, at least where it is practiced as a faith and not simply an identity, has traditionally emphasized sacrifice, service, and suffering on behalf of a good cause -- most especially justice and virtue.  But as I reflect upon this, I wonder if that is also the failing of Judaism.  It is focused on the faults of a world at odds with its design and a protest that contrasts this reality with what should be.  But don't we need something more?

Using the same idea, Christianity is not so much a protest against what the world has become or even a reminder of what it should be but the herald of what it will become under the redemption God has accomplished.  We are a lighthouse that serve not merely as a conscience to a people who no longer feel much guilt as we are a beacon pointing to the new that God has made and that is coming even as the form of this world is passing away.  We do not work to restore the world to what it should be or even might be as much as we prepare a people for what is to come -- making them ready for the God who comes as Judge and King of all after coming as Savior and Redeemer.  We are not simply a community of fixers trying to repair what is wrong -- which is the failing of the social gospel -- as we are the watchmen in the night shouting forth at the first strains of light that will burst upon us with the eternal dawn of God's finished work.

Christianity may well have become like a barking dog at causes left and right, liberal and conservative, but that is not what God intended.  The good we do is more often done in the quiet shadows of a broken world where love is still at work on behalf of the stranger, the wounded, the lost, and the dying.  Compassion and comfort are seldom announced with trumpets but with kindness, gentleness, and a love that cares little for recognition or reward.  And this is important.  This is part of who we are.  But it is not primarily who we are.  We are witnesses (not in the sense of the apostles who testified to what they saw but witnesses who confess that testimony before the world).  We are the agents and instruments through which God brings the good news of His completed work of forgiveness, life, and salvation to a people trapped in error, held captive in sin, and marked for death.  We point not to what was to restore it or to what is to be content with it but to what is to come.

Advent seems uniquely situated to help us remember this fact.  We are heralds of the Christ -- the child in the womb, the baby in the manger, the man of miracles, the teacher of truth, the victim and priest of the sacrifice once for all, and the risen Lord who is the first born of many.  Perhaps the day will come when more Christians remember this unique place and purpose but for now Christianity itself is too often hijacked by those who are content to fix what is wrong around them or who use the faith to further individual goals, purposes, and dreams.  From the prosperity preachers who want to help you use God to get what you want to the social justice mavens who find the gospel irrelevant unless it contributes toward their goals, Christianity today talks less about sin, death, forgiveness, and life than did Jesus and so this face of Christianity is even more distant from what the faith is and what it does than ever before.

So it is even more important now than ever to remember the true meaning of Advent and our role and purpose as confessors of what God has done to usher in not a better reality but a brand new one.  There is no baby in the manger to look forward to but there is a crucified and risen Savior who is right now finishing His new creation and it will be born as the ruins of this heaven and earth pass away.  All of which is merely academic unless we are the faithful who are found ready and waiting to see what it is that He is bringing.  It is for this we gather in anticipation of the eternal and it is in this we have sampled the foretaste of that which will never pass away.  No, we are not a protest movement but we are the lights that shine in the darkness and the voices of the Kingdom that refuse to be silent.  We shine with the borrowed light that is Christ's and we are not the ones who built or will usher in that Kingdom but that does not mean our vocation is not important, urgent, and essential.  God help us.  We point to the mystery about to be revealed, the door that is opening, to the table being set, to the tombs ready to be emptied, to the wedding garments waiting to be worn, and for the song of the eternal being tuned -- for the glory that is coming is waiting to be revealed.