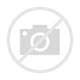 Hope is in short supply today and with this limited commodity has come despair, fear, and deep loneliness -- even among Christians.  We generally look around us for signs that things are improving and think this is what gives us hope.  So we search for markers -- economic, cultural, medical, and perhaps even polls -- to tell us that things are better than they seem or better than we can see right now.  One of the things surveys look for is how many have a positive attitude toward the future.  I guess if you are in the White House and running for re-election, this matters.  But is this what Christian hope is?  Is our hope as fragile as the shifting sands of our up and down world?

We do not pin our hope to improving realities or a signs of a better or even happier life.  We do not judge hope through the markers.  For the Christian hope rests on what cannot be seen, what cannot even be known -- except by faith.  We do not have crystal balls or special sight.  We have only the Word and promise of God.  But that is enough, more than enough, to sustain hope when all around us things are falling apart.  It is all Christians have ever had.

In the coliseum facing lions, under the persecution of mighty Caesars, without the protection of law, and with the prospect of martyrdom near, Christians endured in hope.  They trusting in what their hands could not hold and their eyes could not see.  They believed the promise of God of a new heaven and a new earth, of a future without tears or sorrow, of the white robes sin could no more stain, and of a life without any hint of death.  It was enough.  They endured.

In the emptying cities and amid the stench of death, Christians met the threat of the plague.  They had no cure or vaccine but they had the presence of God and the hope of a better life to come.  They endured the struggles, burying the many dead, and living in the shadow of their own death.  But hope did not disappoint them.  They lived in the present the promise of God for a future beyond imagination.  It was enough.  They endured.

In the terror of wars supposed to end all wars, fighting against tyranny and fascism, watching their brothers fall, Christians endured in hope of a real peace engineered not by diplomacy in meeting rooms or bigger and better weapons but a cross planted where nothing lived except hope.  They set off to do battle expecting death to be near and life to be hard but hope accompanied them.  They came hope with hidden wounds and missing limbs but they built families and homes, businesses and communities, and walked in hope where despair once lived.  It was enough.  They endured.

Now we face the barking voices of media counting off the numbers at the start of every newscast, with the blame game that promoted the lie that life could ever be safe or people insulated from danger, and with the prospect of a vaccine to come.  Some of us Christians have allowed fear and despair to steal our hearts and control our minds, refusing to hope until progress is seen and life is made more comfortable.  That is not our hope.  Our hope is built on nothing less than Jesus blood and righteousness.  Will we remember that as we sit in our homes behind locked doors?  Will we put faith to work or give our faith a day off and leave hope to the world and those who promise all the answers?

My friends, Christian hope is different from the hope the world dares.  It is not logical or reasonable or rational or measured.  Our hope lies in the shape of a cross that has become the tree of life for all who believe and a hope that you cannot see but which will not disappoint you.  And the time has come for us to turn off the news and step away from the screens and pick up the Word and feast upon the Lord's Table.  There is where God plants, tends, and brings to fruition the precious tree called hope.  That is why we need to return to the place called home, where God is present in His Word and feeds us at the Table of our Lord.  The longer we stay away from this norm, that more difficult the new norm of COVID's shadow will be to escape.  Hope was enough for Christians in all the troubles trials of the world in the past.  Is it enough for you and for me now?

Hope is not weak or shallow or faint.  It is strong and deep and mighty.  Abraham surveyed the sand on the shore and the stars in the sky and saw a mighty legacy of faith.  Israel saw a mighty army in pursuit and a wall of water left and right and a land flowing with milk and honey.  A virgin saw God in a promise and the Son of God in her womb and redemption for a a whole world.  What do you see?

"Barking" is associated with dogs, commonly referred to as "man's best friend."

That association is completely the opposite for the fifth-column leftist media, who are more accurately described as the "enemydia."