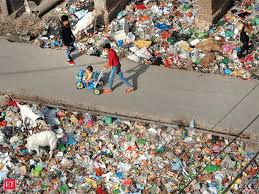 Author Evelyn Waugh saw the culture and the world around us as an effective tool to use to hide from the ultimate realities of life.  Not in birth not in death does our secular world give us tools to meet the great questions of life or confront the ultimate realities of why we live and why we die and what happens when we die.  Instead, they focus on the present moment and how to insulate us from having to bear the fuller burden of these confusing and confounding realities.  He is right, of course, and the best the world can do is to try and make friends with death, make it normal -- the circle of life.  In the same way all the world can do is to tell us to embrace our feelings -- no matter how bizarre and how they might conflict with reality.  So gender can be the whim of a moment and love can be reduced to a good feeling and death can be salved by an evening of laughter and storytelling.  But who really wants to settle for this?

If you want an answer to the reason for life or an explanation for death or hope in the face of death and the grave, you have to look beyond the meager offerings of the world.  That is the stuff of which Scripture speaks and that is why Christ was incarnate, lived, suffered, died, and rose again.  Waugh frames this worldly hiding place plastic -- though I might prefer the old term for fake jewels, paste. Think of the evolution of plastic from its origin in bakelite that moved from bowls and cheap trinkets to jewelry.  Christ got down and dirty in the reality of a world of sin and sinners, disease and death, struggle and sorrow.  He met them in the name of the Father from whom all things came and on whose promise of a Son and a Savior the world's hope was hung through the ages.  Until that day when the Word became flesh -- not to receive glory but to give the glory of a righteousness big enough to cover the unrighteous and of a life strong enough to endure the cold darkness of the grave.  In Christ we do not hide from reality but meet it and not alone.  Christ is with us.  Christ is for us.

for those who cannot handle the truth.  In reality it is the opposite.  Those who cannot confront the truth hide in the imagination of their own world of feelings and desires.  Only those who live in Christ can see beyond the prison bars of our wants and preferences.  Only those in Christ are given strength to see death for what it is and what it has become because of the Savior.  Only those in Christ are given the courage to see themselves for what they are -- sinners -- and confess this truth in the confidence that it does not kill you to admit it but frees you through the power of forgiveness to be its victim any longer.  The faithful are not hiding from anything but the only ones strong enough to see what is and to face its outcome and then to trust, hope against hope, that this reality pales in the face of the even greater reality of Jesus Christ.

We live in a plastic world where cheap substitutes are accepted as real and no one dare challenge this false idea.  Christ shatters this plastic construction and builds something so real it is eternal using His own flesh and blood as the resources to construct a hopeful end for people who live in a hopeless world.  With Christmass in the rearview mirror, what can we say but "Thanks be to God!"