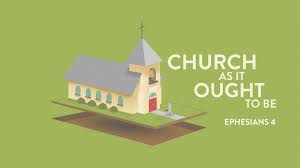 A friend forwarded a defense of the Novus Ordo written by a Roman Catholic priest.  In the end it was not so much a defense of the rite as it was a call for the rite to be celebrated as it ought to be.  "If the rite is carried out as it ought to be” is, however, a big "if."  The Roman Catholic Church has suffered through decades of experimentation that have made the typical Novus Order anything but the rite as it ought to be. The priest admits that the problem lies with the fact that for too long the rite has been seen as an outline to be adapted and shaped into something local.  Liturgiologists call this inculturation.  In other words, time has not been kind to the typical celebration of the Novus Ordo.

Before you turn up your nose and insist that this has nothing to do with you, Lutherans are in much the same boat.  It is not that the rites that were bequeathed to us by the liturgical reforms of the 1970s cannot be celebrated with orthodox form but that the rites are so often not celebrated with any real liturgical integrity.  Inculturation has come to mean that everything about the service is a local decision.  Ask any Lutheran pastor who fills in and you will hear how many times a congregation (or pastor) presents a laundry list of items that usually begin "We do something different here. . ."

Now while some might object to those who add to the ceremonies expected by the rubrics or add to the rites, I don't.  My objections are with those who put the liturgy on a diet or change its clothing until it is barely recognizable any longer.  It is one thing to reduce the number of hymns or to take advantage of the liturgical options inherent in the hymnal but it is quite another to simply x out large portions of what is there.  The other thing that is a problem is when the ordinary is treated as a thematic element and is replaced routinely by thematic hymns or songs.  So the hymn of praise is not the Gloria in Excelsis but anything that has an element of praise to it.  Likewise the other parts of the ordinary.

While it is typically true that most Roman parishes suffer from the banal, cliched, and throw away music, Lutherans are not immune from this problem.  Even where the liturgy is retained, the choice of music can detract from the liturgy and become the focus instead of the Divine Service.  No where is this more true than when music for the Divine Service is treated as mood music.  Again, my experience is that this is a typical problem for the Roman Church but it is not uncommon among Lutherans.

Clearly the issue before us is agreement upon some sort of liturgical minimums.  Fuller ceremony is not required but there ought to be agreement upon basic ceremony and liturgy that is consistent with our confessional identity.  That said, there is more chance of this happening in Rome than among Lutherans.  Lutherans treat adiaphora as unimportant and betray the uniqueness of that term in order to provide cover for Lutherans doing whatever they darn please on Sunday morning.  Maybe this priest has hope for Rome in this area but I am not at all sure I have much hope for Lutherans regaining a sense of who we are on Sunday morning.  If anything, the diversity of what it means to be Lutheran on Sunday morning will increase rather than decrease.  I say this with a sigh and only hope and pray that the places where I have served have been catechized well enough not to fall into that trap.
Posted by Pastor Peters at 6:00 AM

The old saying “When Rome sneezes, Lutherans get a cold” is a summary of your blog today. We got a lot of good stuff in the 1970’s. Rome went to liturgical anarchy, our “cold” is what you describe today.