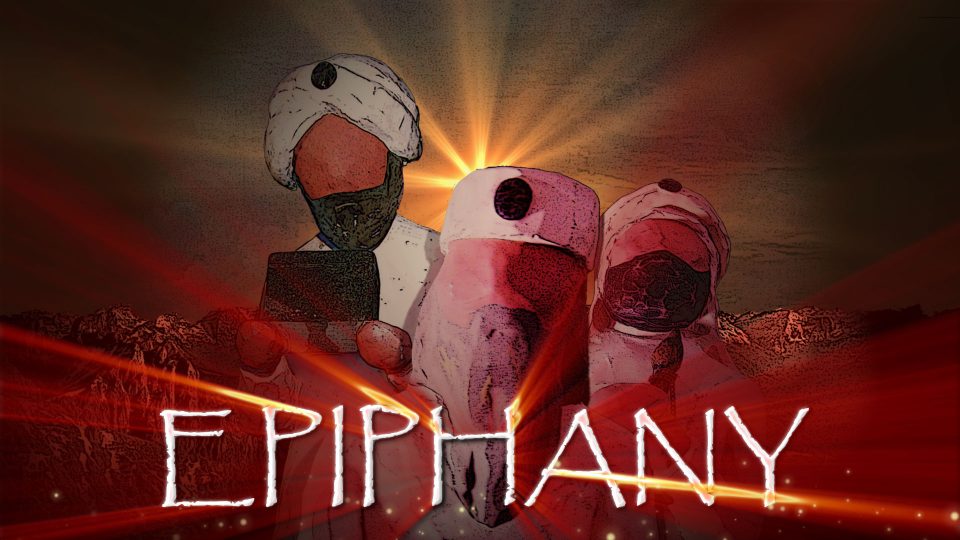 On this day we recall the visit of the Magi to the Christchild.  The Magi, also called Wise Men, were the pilgrims “from the East” who followed a miraculous guiding star to Bethlehem.  There they paid homage to the infant Jesus as king of the Jews (Matthew 2:1–12). Traditionally, this is the first instance of Gentiles who came to worship Jesus as prelude to the Apostle Paul and his ministry to the Gentiles. Eastern tradition sometimes numbers the Magi at 12, but the Western tradition more likely sets their number at three, based most likely, on the three gifts of “gold, frankincense, and myrrh” (Matthew 2:11) presented to the infant. Scripture does not number them or tell us from where they came.

The Adoration of the Magi, their worship of the infant Jesus, quickly became one of the most popular themes in Christian art. Already in the 2nd century this was the subject for a fresco in the Priscilla Catacomb of Rome. In the Middle Ages the Adoration of the Magi tended to be connected to two other major events of Jesus’ life: his baptism, during which the voice of God publicly declared Jesus to be his son, and the wedding at Cana, at which he revealed his divinity by changing water into wine. The three events, commonly celebrated in close proximity with each other, were often the subject of sculptures that decorated the churches of the period.

I find it interesting that Magi is the plural.  The singular is Magus, the very term used for Simon the Knowledgeable or Simon the Sorcerer, or Simon the Magician (Latin: Simon Magus, Greek Σίμων ὁ μάγος).  His confrontation with Peter is recorded in Acts 8:9–24. The act of simony, or paying for position and influence in the church, is named in honor of Simon.  So despite attempts to rehabilitate the image of the Magi, they may not have quite been the honorable chaps some presume.  But this does not detract from the awesome mystery of the story or the great and profound truth it tells.  So Happy Epiphany!