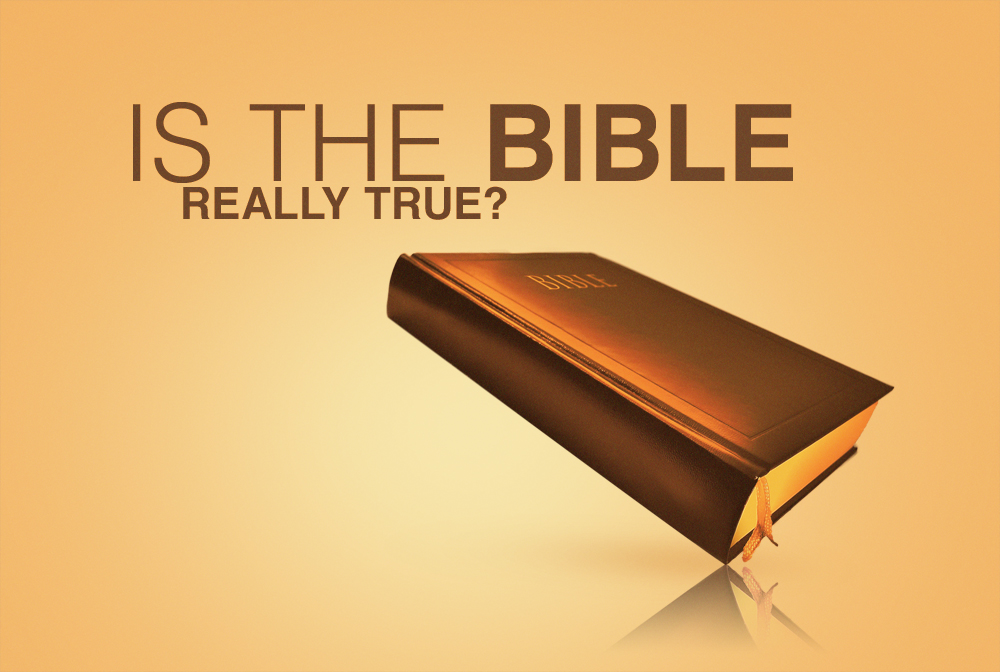 Some have suggested that one big reason why we need the Church is to tell us what is true and what is myth or legend in the Scriptures.  It began at some point in time, I suppose, when scientific exegesis began to divorce what the Bible said from what it meant -- about the same time some concluded that the Jesus of the Scriptures and the Jesus of history were two very different Jesuses.  But throughout the history of Christianity the issue has never been what is true or not and who gets to decide.  Even St. Thomas Aquinas who puts it this way:  All other senses of Sacred Scripture are based on the literal [sense].  We forget this at our own risk.

We now live in an era in which the very idea of truth is suspect.  Science comes as close to truth as anything in our modern area and even scientific truth changes and adjusts from time to time and from scientist to scientist.  So when it comes to the Bible, modern scientific erudition says that the chief task of the exegete is to figure out what is true and what is not.  Never mind that nearly all of it is presumed to be myth.  And then there is the joke behind it all that says it does not matter that it is not true.  The value of Scripture is to impart moralistic truth illustrated by stories never meant to be taken literally.  Whether it is about facts or history or sex or truth or morality, it is true only if we agree with it and its truth does not proceed from historicity but from consent and agreement.

But think about it, folks.  If we were never meant to believe the parting of the Red Sea actually happened, why would we presume to believe the incarnation or crucifixion or resurrection or ascension happened? If there was no Garden of Even or Adam and Eve or a forbidden fruit, why would we believe that God is love or light or merciful or gracious -- let alone that there is fruiit that actually becomes the Blood of Christ. Where do you begin and where do you end in your distinction between truth and falsehood.  If the Church exists to arbitrate the claims of Scripture and render judgment on what is true and what is false, is there anything that true for more than a moment or more than one person?   When the Ethiopian eunuch asked Philip ‘How can I understand without someone to teach me?” was he asking Philip to help him navigate the narrow path between real and fake facts or was He asking Philip to reveal Christ to him -- the Christ of whom Isaiah spoke?

The whole premise of liberal Christianity is a contradiction.  Change what is true into a question or reject something entirely and the whole of the Scriptures is changed and it is left as an empty shell. Change Eden and you change Gethsemane and the Garden of the Tomb and it becomes entertainment without the power to answer sin or death or guilt or purpose.  If the stories in the Bible are simple allegory, it has no power to save anyone or to point us to the Savior.  It is only a random collection of proverbs and colloquial wisdom. The Exodus has meaning only if it is true.  The Flood means something only if it happened.  Adam and Even are relevant only if they lived as described.  Even the details are not incidental. Believing does not make them true anymore than not believing makes them false.  Whether or not we understand them does not give them more or less authority or authenticity.  Indeed, it is just the opposite.  If we can tell these stories without them being true, then the only thing that matters is us and nothing exists without us giving the words authority and meaning.  We need the Church not to tell us what is true and what is not in Scripture but to speak the Scriptures to us for in them is wisdom and faith, knowledge and salvation.

C.S. Lewis said that Jesus is either a lunatic, a liar, or the Lord. Accordingly, our ancestors who believed Him were either fools, con-artists, or normal people who were convicted by the Spirit to faith and who raised up their children in this truth and life.  If we pass on to the generations that would follow us something that is not true, we are the same kind of liars and con-artists.  Or, we are people of faith in whom the Spirit has worked to enable us to trust the unbelievable.
Posted by Pastor Peters at 6:00 AM

One needs to distinguish between science and scientism.