The marks of enlightenment. . . 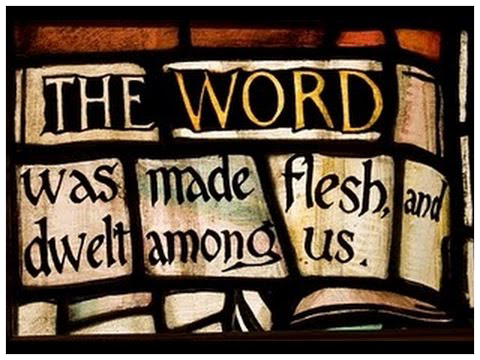 We live at a time in which the enlightened in today’s society know how to be casual and even flippant about serious things, but treats as most serious trivial things.  It is seen as a sign of great learning and erudition to challenge, question, and make light of the most serious of things while at the same time it is an equal mark of education and sophistication to treat trivial things soberly and even reverently.

What are Christians to make of all of this?  How do you have a conversation about those things of great merit and importance when feelings substitute for truth and preferences for facts?  In such a conversation, it matters little what is true or historic or factual since what matters most of all, if not exclusively, is how one feels about it.  Where a hundred or two years ago the Church was engaged in the battle of great consequence to preserve the truthfulness of Scripture, of its history, and of the Christ who is its center, now it seems not to matter much, if anything, that Christianity is true objectively if it is not true for me.

We thought that Battle for the Bible would secure the notion of truth and turn the tide of skepticism toward the historicity of the Word of God and, if we could win this battle, it would make it possible for us to secure a foothold against modernity.  What happened shocked us and left us confused.  For the world moved past notions of truth that are larger than a person or a moment and invented an equal concept or, perhaps, a greater one.  How does it feel to me?  How does it mesh with my experience?  Do I like it?  So we are left trying still to prove the Scriptures as true and reliable in a world which is not sure that anything is true or reliable beyond the internal compass of the mind and heart.

As Christians wrestle with the nature of these changes to the fabric of our world, it is good for us to be reminded that the Kingdom of God does not come with proofs or argument but with the Word of the Lord preached and the work of the Spirit acting through that encounter.  Where once it might have been normal to think of Christianity as an idea competing in a sea of ideas, the reality is that Christianity was never an idea and the faith was never promoted by such argument.  Rather, the Kingdom of God comes to the hearer of that Word by the power of the Good Spirit of God working in that means of grace.  It is not that truth does not matter -- it surely does -- but this is not the stuffy truth of ancient facts but the living voice of God still speaking and the living and through this speech giving life to the dead and teaching the fearful heart to believe what eyes do not yet see and hands do not yet touch.

I worry less about fighting for the truthfulness of God's Word than I fear we treat that Word as if it were nothing of consequence.  Even Christians fall into the trap of treating as casual the things most serious and elevating the trivial to a throne of which it is not worthy.  Little ceremonies give attention to the the seriousness witch which we treat God's Word.  Standing for the Gospel.  The affirmation The Word of the Lord and its response Thanks be to God.  The Gospel procession.  The Gospel book held high and in a case or carrier worthy of its importance and place.  The sign of the cross over head, lips, and heart.  And on and on. . .   We do not do these things because we find them meaningful but we find meaning in them because they express what we believe.  We cannot afford to be complacent thinking that the main battle is about the historicity of Scripture ---when the real battle is its very power and efficacy.  They are not just words but words that justify.  They are not mere words but words that give life to mere mortals.  They are not ancient facts but the blueprint of God's actions of continued effect even now.  The Word was made flesh and dwelt among us and we beheld His glory as of the only Father.  Do we treat the Word in this way?  If we do not, it does not matter all that much about our protests against those who think this Word is filled with error, myth, and legend.
Posted by Pastor Peters at 6:00 AM